BHU RESEARCHERS DISCOVER A NEW SPECIES OF CYANOBACTERIA (BLUE GREEN ALGAE) FROM JAMMU & KASHMIR, NAME IT MALVIYAE AS A TRIBUTE TO MAHAMANA 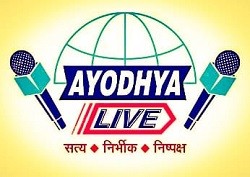 BHU RESEARCHERS DISCOVER A NEW SPECIES OF CYANOBACTERIA (BLUE GREEN ALGAE) FROM JAMMU & KASHMIR, NAME IT MALVIYAE AS A TRIBUTE TO MAHAMANA

· NEW DISCOVERY FROM A LESS STUDIED, ROUGH AND DIFFICULT TERRAIN OF THE UNION TERRITORY OF J&K

· CYANOBACTERIA ARE RESPONSIBLE FOR OXYGENATION OF EARTH, STUDYING THEM IS SIGNIFICANT FOR CONSERVATION OF BIODIVERSITY

· FINDING COULD FURTHER PROMOTE NEW SCIENTIFIC WORKS IN THIS REGION

· IDENTIFICATION, CONSERVATION AND PRESERVATION OF BIODIVERSITY IS IMPORTANT IN CONTEXT OF CLIMATE CHANGE

VARANASI : All the ecosystems where life could be imagined have a very important component known as Cyanobacteria (blue green algae). They are the organisms responsible for oxygenation of earth. As concerns related to global climate change and biodiversity loss continue to grow, identifying and conserving different forms of life at the earliest has become even more essential than ever. A team of researchers from Department of Botany in Banaras Hindu University has made a breakthrough finding in this regard. Dr. Prashant Singh, Assistant Professor, Department of Botany, and Naresh Kumar, a doctoral student working under the supervision of Dr. Singh, have discovered a new species of cyanobacteria from Jammu and Kashmir. Naresh Kumar, a native of Jammu and the first author in this study has been working with cyanobacteria of these regions as part of his PhD work. The new species has been named Amazonocrinis malviyae in honor of Bharat Ratna Mahamana Pt. Madan Mohan Malaviya, the founder of Banaras Hindu University, as a tribute to his contributions and struggles.

The Jammu region has been vastly unexplored in terms of studies that have used the modern polyphasic approach to study cyanobacteria. The region has been less studied, majorly because of the geographical complicacies and inclement weather that is experienced with extreme winters and months of snow being a regular occurrence. The researchers feel that the present work will serve as a pilot study and a motivating story for researchers to further explore this region and help in conservation of biodiversity. The study becomes further significant and interesting as the genus Amazonocrinis was discovered recently by researchers in the Amazon forests of Brazil in 2021. The discovery of another new species of Amazonocrinis from the cold regions of Jammu within a short time further establishes the importance of studying these life forms in a bio-geographical context.

Maintaining the zeal and series of new discoveries pertaining to taxonomy (science of identification of living forms) of cyanobacteria, the researchers also wanted to contribute further to the ever-lasting legacy of Mahamana, who founded the Banaras Hindu University in 1916. Dr. Prashant Singh said that the memoirs of Mahamana’s life serve as a template to people associated with BHU who, in spite of facing hardships, have always worked hard to realize their dreams and contribute to the benefit of the nation. Through this work, Dr. Singh’s group aims to motivate more students and researchers all across India to join hands and work for the conservation of these precious life forms. This could be one of the major ways through which we could fight global climate change and biodiversity loss, added Dr. Singh. The research team also comprised Dr. Aniket Saraf (RJ College, Mumbai), Sagarika Pal and Deeksha Mishra (Department of Botany, BHU).

The work was funded by the Department of Science and Technology (DST-SERB), Government of India, through the Core Research Grant Project. Banaras Hindu University is also acknowledged for providing Seed Grant under the Institution of Eminence (IoE) Scheme.